As long as the mind is enslaved, the body can never be free. Psychological freedom, a firm sense of self-esteem, is the most powerful weapon against the long night of physical slavery.
Martin Luther King,  speech, Aug. 16, 1967

I recently received  an email from my sister in Los Angeles, who is also obsessed with words, as follows:

“Judith,  a word for you to use in a future blog.   You may already know this word, although it’s not much used today

THIRLED:   a term used to describe men who worked in the coal mines of Scotland. A thirled man was bonded for life to a company and wore a metal collar around his neck with the name of his owner stamped on it. These workers stood deep in the pits and cut coal that their wives and children then carried to the surface in baskets. They were paid two shilings and sixpence (sixty cents) for twelve hours of work and out of that, they paid for their own keep and were not supplied with food, shelter, or medical care. To survive, many families were forced to work all day and into the night in the freezing and dirty coal mines of Scotland. Thirled men were serfs, and if one removed his brass collar and ran away, he was captured by the sheriff and returned to his owner. His punishment was by the lash. He was punished for having stolen himself and his services from his master. This was the law in Scotland as late as 1799.”

“This definition of the word comes from “I Still Dream About You”, a novel by Fannie Flagg. The online definitions all seem to concentrate on the old English use of the word to indicate boring or drilling.”

I hadn’t ever heard the word and just as Maggie and Brenda do in the book I Googled the word thirled.  But from Wikipedia I learned “Thirlage was the feudal law by which the laird (lord) could force all those vassals living on his lands to bring their grain to his mill to be ground, the justification was that an essential service was being provided at a great expense and had to be paid for by the users. Additionally vassals had to carry out repairs on the mill, maintaining the lade and weir as well as conveying new millstones to the site. ”

So while vocal Scottish abolitionists such as Charles Grant, Allan Ramsay and the Macauley Brothers Colin and Zachary, were worrying about slaves in other parts of the world it would appear that a form of slavery was flourishing in the British Isles as late as 1799. 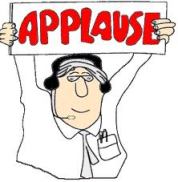 Thanks to my big sister for bringing this word to my attention.

Caroline Vincent | CazVinBooks
Which me am I today?