“An apology costs nothing but can save a situation or even a friendship. ” Judith Baxter

One of the blogs that I follow is Lisa’s at Woman Wielding Words.  Lisa’s blog dated 2 October (yesterday, today?) talked about Blogging Etiquette among other things.  This post led to a number of very interesting comments and I would direct you to them.

Having read it and thought about it and the comments I then thought of how very easy it is to upset people even in the real world.  I wrote about my week a couple of days ago and told of how I had been taken out to high tea.  A thoroughly enjoyable experience but one that I thought was misnamed. 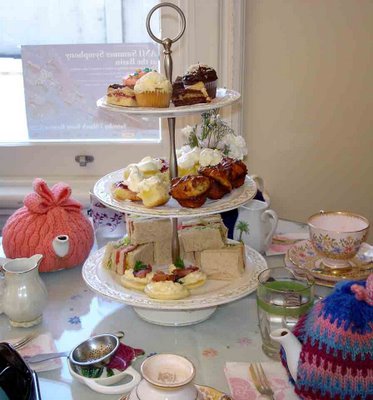 I had occasion to call the tearoom  the next day (to tell them that 500 grams of loose tea was far too much for me) and to tell  them how much I enjoyed the experience.  While doing so, I took the opportunity to point out, in what I thought was a very pleasant manner, the difference between high and afternoon tea.  Meaning to share some constructive not destructive criticism.

English is not the first language of Henry to whom I spoke and imagine my surprise when I had a message on my i-Phone (can’t resist that plug for my new toy) from the owner saying that she understood I had been disappointed in the tea and could not understand why.  She pointed out, quite sharply, that they were not trying to be traditional and in fact, were trying something different.

I immediately called back to speak with her and got her mother – apparently she is involved in the management of the tearoom – to be told that her daughter is very sensitive to criticism.  I explained again the reason for my comment and assured her that I had enjoyed the experience greatly.  But I wonder if she was convinced.

So I shall have to make another trip to that tearoom, not only to sample that wonderful tea blend once again but also to make peace with this woman whose ego is so fragile.

This experience has brought to mind once again, the inherent dangers in communicating in ways other than face to face. 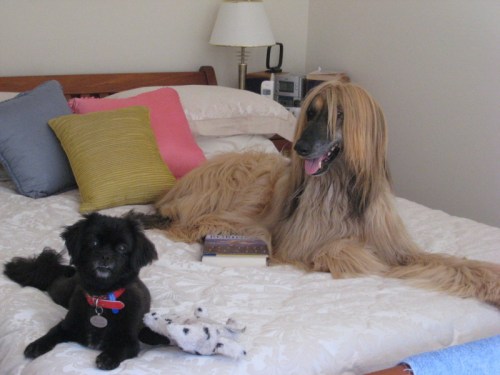 Communicating in person, face to face er.. dog to dog.

`Take some more tea,’ the March Hare said to Alice, very earnestly.
`I’ve had nothing yet,’ Alice replied in an offended tone, `so I can’t take more.’
`You mean you can’t take less,’ said the Hatter: `it’s very easy to take more than nothing.’
`Nobody asked your opinion,’ said Alice.”
From Alice in Wonderland of course.