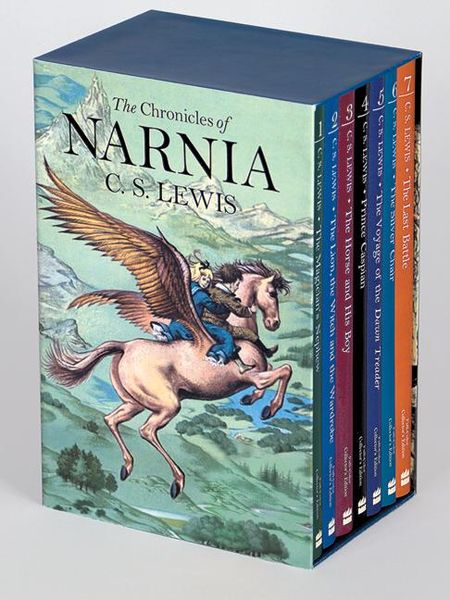 I have been a fan of C S Lewis for as long as I can remember.  We were introduced to his tales by our father.  And even though I was 11 or 12 when the stories were published I was captivated by the Chronicles of Narnia, beginning with the Lion, the Witch and the Wardrobe.

In 1947 Time magazine featured Lewis as a writer of international renown, on its cover.  It listed the first of his Chronicles of Narnia, The Lion, the Witch, and the Wardrobe, as one of the top 100 English language novels written in the twentieth century.

As I grew up I became fascinated with C S Lewis the man.  I learned that he was a close friend of J. R. R. Tolkien, and both authors were leading figures in the English faculty at Oxford University and in the informal Oxford literary group known as the “Inklings“.

Lewis published his memoir  “Surprised by Joy” in 1955.  This  details his conversion to Christianity and his ongoing search for joy ( I think as expounded by Christians).    This was one year before his unexpected marriage to the American writer Joy Gresham.  They apparently continued a correspondence on many things including Christianity.  She was 17 years his junior, and died of cancer only four years after the marriage at the age of 45.

He was quick to point out that “Surprised by Joy” had been written in 1955 before he married Joy Gresham but he conceded that he was indeed surprised by joy!  The title of the book is thought to be an allusion to Wordsworth’s “Surprised by Joy – Impatient as the Wind”

Surprised by joy — impatient as the Wind
I turned to share the transport — Oh! with whom
But Thee, deep buried in the silent tomb,
That spot which no vicissitude can find?
Love, faithful love, recalled thee to my mind —
But how could I forget thee? Through what power,
Even for the least division of an hour,
Have I been so beguiled as to be blind
To my most grievous loss? — That thought’s return
Was the worst pang that sorrow ever bore,
Save one, one only, when I stood forlorn,
Knowing my heart’s best treasure was no more;
That neither present time, nor years unborn
Could to my sight that heavenly face restore.

Lewis died one week before his 65th birthday.  He died on the same day as President John Kennedy and also Alduous Huxley, so his death didn’t generate much media coverage.  Lewis’ work has been translated into more than 30 languages and have sold millions of copies. The books that make up The Chronicles of Narnia have sold the most and have been popularised on stage, TV, radio and cinema.

Of course I have a copy of Surprised by Joy in my bookcase along with the Chronicles of Narnia.  I haven’t seen the movie adaptations as I prefer to picture the characters and the happenings for myself.  I have lived with them in my mind for so many years and think that they may be somehow diminished (and definitely altered) by watching somebody else’s take on the action.

“Some day you will be old enough to start reading fairy tales again.”
C.S. Lewis,
The World’s Last Night: And Other Essays