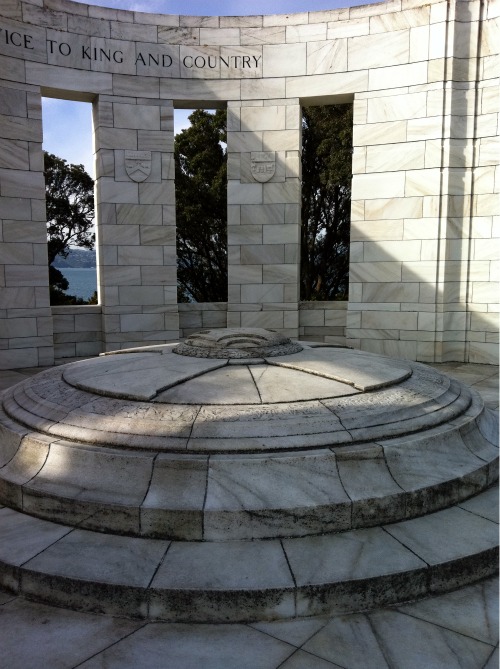 Have to go again to get the rest of the words.

The exterior is of the memorial is pale Tākaka marble, resting on a base of dark grey Coromandel granite.

Yesterday, on a beautiful early summer afternoon we took a walk up to the Massey Memorial.  It is sited on a promontory at Point Halswell in the inner harbour in Wellington and commemorates W. F. Massey, prime minister of New Zealand from 1912 to 1925.

The lovely gentle walk upwards through dappled sunshine gave little or no hint of what was to come. 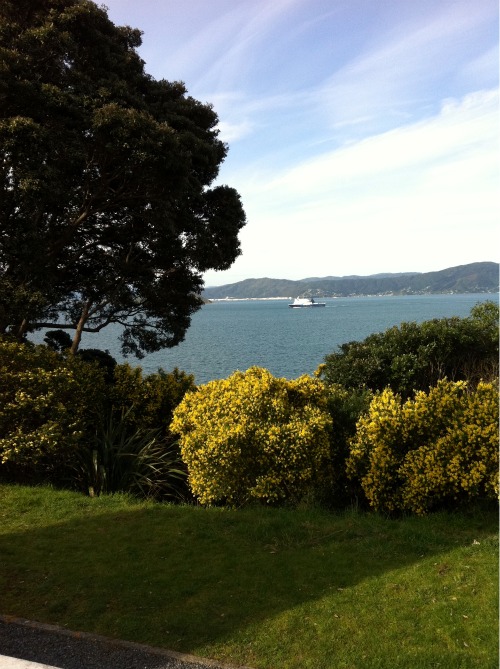 From the site one gets this unobstructed view,  without any of the buildings that usually   intrude in shots of the harbour.

Massey was born in Ireland into a family of tenant farmers.  The family  moved to New Zealand in 1869 but he stayed to complete his education and arrived here a year later.  After arriving in NZ he worked as a farm-hand for several years until he acquired his own farm in 1877.  Fie years later he married a neighbour’s daughter.

Massey became prominent in his local community through his involvement in civic activities.  He was invited to stand for election to Parliament i the General Election of  1893 but was unsuccessful.  But the following year he was invited to contest a by-election in the neighbouring electorate of Waitemata, and was victorious. But in the 1896 election he stood for the Franklin electorate, which he represented until he died in 1925.

In 1924 illness forced Massey to relinquish many of his official duties. He died of this illness the following year.  Shortly after Massey’s death  the Massey Burial-ground Act was passed allocating land at Point Halswell to be set aside as a burial ground for him and his widow. Public subscriptions raised funds totalling £5,000 and the government contributed £10,000. One wonders what such a memorial would cost to build today.

“I dream of hiking into my old age.  I want to be able even then to pack my load and take off slowly but steadily along the trail.”
Marlyn Doan