Leaving on a Jet Plane

“Don’t be dismayed at goodbyes.
A farewell is necessary before you can meet again.  And meeting again, after moments or lifetime, is certain for those who are friends.  ~
Richard Bach, American writer, 1936 –

When my sister left for the States we had no idea when we would see her again.  This was way back in 1961 and people didn’t just jump on planes at the drop of a hat – the expense was no doubt the main reason for this.  Luckily my husband was given tickets for the inaugural flight by Pan American Airlines over the pole so my children and I did get to visit my sister once.  And of course, I have seen her many times since.

My dashing young Scotsman and I had moved to Scotland shortly after our daughter was born so my parents were used to us being away from them.  But we were only 400 miles away and easily reached by car or train – and very occasionally, when an emergency arose, by plane.  Then a second child, our son, was born and the visits continued.

But one day in 1967 my husband came home and asked if I would like to live in Auckland.  I had never heard of Auckland and seriously thought he meant Oakland which in turn meant I could see my sister more often.  She lived and still lives in Los Angeles.  These hopes were dashed when he explained that Auckland was in New Zealand and he was being transferred for 2 years to this far-flung part of the Commonwealth.  In fact, when my father heard that we were moving to New Zealand his response was “But darling, that’s the colonies”.  We were very proud of being English.

The date was set.  The dashing Scotsman took off for HO in New York and I was left to follow with two children, having first sold the house, car and boat and arranged for the furniture and the dog to be shipped to Auckland.  To be fair all these were in place before he left but the onus was on me to see that all was settled.

The children and I had a week or so in London with my parents and then the day arrived.  We all trooped out to Heathrow.  I had to contend with two children but only one passport as they travelled on mine.

The airport and air travel were very different to now.  There were only two terminals at Heathrow and no long queues to check in and certainly no security measures.

Full of excitement, the children and I boarded the plane with little thought of the feelings of those left behind.  We did promise that we would be back in 2 years and if the transfer was extended then we also were promised trips home every two years.

I cannot imagine what my parents’ thoughts and feelings were as they saw their second daughter fly off into the unknown.

Auckland in my imagination

New Zealand was a foreign country to us.  We didn’t learn about it at school although I now know that New Zealand children were taught about England at school.  I imagined that some of the 3million plus sheep would be wandering down the main street of Auckland to meet us, and in all, in spite of the literature given to us by New Zealand House in London, my impression was that we were going to a wild west type of life.

On arriving here we found it was not as wild as we had imagined.  No sheep wandering down Queen Street (the main thoroughfare in Auckland), the natives were friendly and what’s more, they spoke our language.

We did find some of the customs strange.  Late night shopping on Friday until 10pm and then absolutely everything shut down until Monday morning.  Bread could be purchased at the local store but no clothes or shoe shops, hairdressers or other shops were open.  All very strange to this newcomer.

Another thing that was very odd was that the licensing laws had every pub closing at 6pm.  Apparently, most men would leave their offices at 5pm to dash to the nearest pub to get a drink or two or three, before closing time.  This changed shortly after we arrived but it was apparently well established.

Six p.m. closing for pubs was introduced as a ‘temporary’ wartime measure in December 1917. It was made permanent the following year, ushering in what became know as the ‘six o’clock swill’, as patrons aimed to get their fill before closing time….

A mood for change began to emerge in the 1960s. The growing restaurant industry questioned laws that made it difficult to sell alcohol with meals. People socialising at the local sports club or RSA also sought a change to opening hours. As the number of tourists to New Zealand increased following the arrival of jet air travel, six o’clock closing was increasingly seen as an outdated concept. In 1966 the Licensing Control Commission stated that a uniform law for hours of sale in all places was ‘neither equitable, enforceable nor in the public interest’.

When a second national referendum was held in late September 1967, nearly 64% of voters supported a return to ten o’clock closing. The government wasted little time in acknowledging the result and the new hours were introduced on 9 October.”  From NZ History on Line.

The proximity of the beaches, easy, laid-back way of living and all being together made up for any strange things we had to put up with and we all thrived in this new land.

But while I was enjoying my new life, what were my parents thinking?  Did they think that though we promised otherwise, they might never see us again?  Did they think we would forget them?  I know they wished us well but I now wish, when it’s too late of course, that I had discussed this with them.  Missed opportunities..

And today June 11 is the 44th anniversary of the day the children and I first arrived in New Zealand.  We have left it for a time, as a family and the children separately and me for a time after Robert died, but we have all returned and claim New Zealand as home. 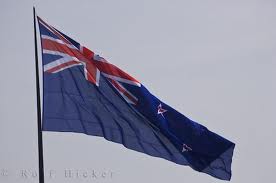 “If I should die think only this of me: that there’s some corner of a foreign field that is forever England.  There shall be in that rich earth a richer dust concealed;  A dust whom England bore, shaped, made aware; gave once her flowers to love, her ways to roam.  A body of England’s, breathing English air, washed by the rivers, blest by suns of home” Rupert Brooke.

Caroline Vincent | CazVinBooks
Which me am I today?