What would you do?

The two lotteries are – Big Wednesday and Lotto.  This week’s Lotto prize was won by a man from a very small town in the North Island of NZ – Te Kauwhata.  The population is around 1300 (yes thirteen hundred) and the winner of the $26 million plus prize is a check out operator in a local supermarket.  In today’s interview he said he would be back at work tomorrow but he would consider buying his first ever new car and perhaps a house.

Hopefully, NZ Lotteries Commission will help this young man manage this enormous amount of money.  We have heard stories from all around the world of major winners losing or spending all the money within a few years. 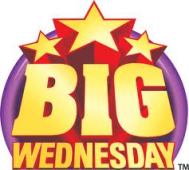 Every week, Big Wednesday gives players the chance to win:

Every week that Big Wednesday First division isn’t struck, more cash is added until the ultimate lifestyle package is won or until the combined value of the luxury prizes and the cash jackpot reaches a combined total of $30 million.

The prize hasn’t been won for a few weeks it would be quite a prize.

But of course this pales into insignificance when compared to the latest Mega Millions Jackpot.  We are told that 3 jackpot winners in the Friday, March 30, 2012 Mega Millions drawing: 1 from Illinois, 1 from Kansas, and 1 from Maryland.  The winners will equally share the $656 million jackpot prize.

I really hope that if my sister wasn’t one of the three lucky winners, one or more of my blogging friends was.  So what would you do if you won big?

And what do you think about these insanely huge amounts being won?  There is talk here of limiting the amounts to be won – and here in NZ we don’t pay tax on lottery winnings.  Does anyone really need $26 million, $30 million or heaven forbid $218 million.  Imagine what our local health or education boards could do with these sums.

And just because I like it so much here is the link to the lottery advert that took New Zealand by storm and gave us all  new hero  Wilson the Lotto Dog- http://www.youtube.com/watch?v=fER-WhFUzoA.