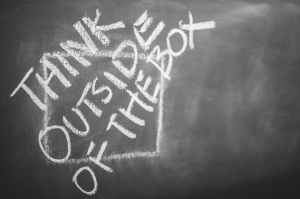 Photo by Kaboompics .com on Pexels.com

As you know, I enjoy joining Tara at The Thin Spiral Notebook and her 100 words challenge. Would you like a new challenge?

Some time ago I also played along in a five-sentence challenge. No limit on words, just limit the sentences. The site no longer exists and so I thought I would re-establish it. Please play along. Each week I will give you one word as inspiration.

To show you what I am looking for, click here to see my effort using STEAM as the inspiration.

So ready to start? Using only five sentences, the prompt word is DIVERSION.

I hope you play along. And please link back to this site so others may see what you write. Good luck. Have fun!

“The trouble with writing fiction is that it has to make sense,
whereas real life doesn’t.”
― Iain M. Banks, Scottish author 1954-2013

“But I have promises to keep,
And miles to go before I sleep, ”
From Stopping by the Woods on a
Snowy Evening by Robert Frost.

She had 20 minutes to get there and the traffic was awful.

Everyone seemed to be going her way, moving at a snail’s pace, and here to top it all was a broken down vehicle with groups of people standing around gawking, though nobody seemed to be doing anything constructive to get it moving again.

She had promised herself that she would be on time, just this once and now she was going to be late unless she could find a useful diversion – a way to get around the traffic.

She had to get there for how else would she ever forgive herself for not being there when he died even though she had promised him again and again that she would be, and now she was going to be late for the funeral.

Suddenly, she remembered a short cut he had often used  between her house and his and as it came up on her left she was able to turn and speed away; perhaps she might just make it in time.

This week’s word in Five Sentence Fiction is DIVERSION