On Thursday we moved down to Alert Level Two from Three.

And now I’m musing about the imposed, and necessary lockdown.

Usually, the week is defined by various activities on specific days: I am out and about daily. But now days follow days with nothing to differentiate one from another.

Yesterday, there was a highlight. A much-needed visit to the hairdresser, many weeks overdue. 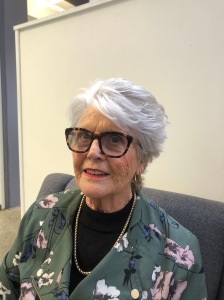 And what have I learned in these eight weeks of lockdown?

“Yesterday I was clever, so I wanted to change the world.
Today I am wise, so I am changing myself.”
Rumi, 13th-century Persian poet

Many years ago I bought my DYS (Dashing Young Scotsman) a cast iron pot. He was a cook and he loved and cared for that pot.  Wherever we lived, the pot was always too big to go into a cupboard and so it proudly sat on the stove, in full view to be admired.

Unfortunately, the pot didn’t survive my cooking attempts. One day, I put on the pot with apples to stew and forgot about it. Disaster. Apples stuck to the bottom of the pot. Several attempts were made to bring the pot back to its original state without success. And in cleaning it I removed some of the coating so it can no longer be used as a cooking vessel.

Tears,  as I thought about how my husband had looked after the pot. Then I thought of how it could still be used and admired again. It now sits outside the french window in full view in its new function as a planter, and happily sits with three cyclamens in the sunshine.

So Recycled, Reused and Redeemed, I am happy once again.

“There is a thin line that separates laughter and pain,
comedy and tragedy, humour and hurt.”
Erma Bombeck, American Humourist,
1927-1996

I really hope you are all coping in this time of turbulence, trouble and tragedy. Did my lighthearted post brighten your day just a little? 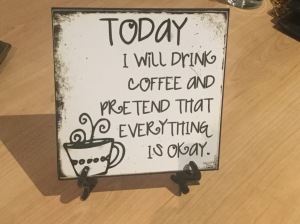 NOTE – I published this about two hours ago but somehow it got lost in the ether and so I had to write it again. So if you got the original before the ether took it and notice some errors, apologies. Blame WordPress or the Ether or whoever, but never the writer. Haha!

With nothing better to do on a sunny autumnal Friday,  I started to read W H Auden’s Collected Poems.

This has long sat on the shelf above my bed and I find I often just open a page and see what he has to offer. Today I found:-

“When there are so many we shall have to mourn,
when grief has been made so public and exposed
to the critique of a whole new epoch
the fragility of our conscience and anguish,
of whom shall we speak?
For every day they die among us, those who
were doing us some good,
who knew it was never enough
but hoped to improve a little by living.”
In memory of Sigmund Freud 1939

How very apt at this time when we are counting deaths around the world including those on the frontline of this fight against the unseen and unknown virus.  And then:

“Goodness existed: that was the new knowledge”

W H Auden’s time was so different from ours – 1907 to 1973. He lived during the Spanish Civil War and both World Wars I and II. His poem titled “September 1, 1939”, speaks out of his concern for mankind and where their unbridled hunt for more and more,  and bigger and ‘better’ things will lead.  It is. sobering poem to read, even though written 81 years ago, it still holds true.

“I sit in one of the dives
On Fifty-second Street
Uncertain and afraid
As the clever hopes expire
Of a low dishonest decade:”

And here in New Zealand, the government is considering moving us from Alert Level 3 down to Level 2. If/when this happens, shops will be opened again and the consumerism will once again be god. How I hope that all we have learned in the past six weeks will not be undone.

Looking at what happened when Level 4 became Level 3 and click and collect was put into place for takeaway and fast food services; lines of cars queued for hours for a burger, chicken or coffee. So we will still feed our personal appetites even with the restrictions currently imposed in this Level and promulgated for the next.

But here in the sun still shines, There are two new cases reported today after one yesterday. Three people are in hospital and some 90% of those who succumbed have recovered. So it appears that we are on the way to getting it under control.

But we are not complimenting ourselves. We are not unaware that we have many benefits that other countries don’t have. We are a long way from anywhere and we are a small nation – 5,000,000 at last count. We have a determined young female Prime Minister, who is willing to listen to advice and accept help from her advisers and scientists.

And I think of my friends and family in other parts of the world and hope that they will soon be able to say they are on the way to gaining control. And with love, I offer the following – 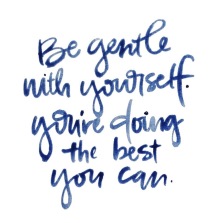