A Day in the Country

Several months ago there was a rash of comment in the media about Biddy a cheesemaker who produced farmhouse cheeses in what was considered to be not the correct environment.  In fact, MPI (the Ministry of Primary Industries) threatened to close her down.  She is only one of three farmhouse cheesemakers in New Zealand and with the help of friends, customers and cheese lovers, they all fought back and now with many restrictions they are all back in business with many added regulations that impose a financial burden on these small artisans.

Anyway, while visiting a friend who owns and runs a small lifestyle block, 4.48 hectares on which she raises cows and sheep and has a magnificent vegetable garden, we watched a TV programme on Biddy the Cheesemaker and there and then decided to visit her.

Well, eventually this week, we made the journey.  A bright sunny winter’s day saw us leave reasonably early (9 am) to travel the 120 kms to Cwmglyn, Biddy’s farm.

Well, we started with coffee and shopping in Greytown a delightful small town in the Wairarapa full of delightful shops – antiques, coffee, and many clothes retailers but no large retail outlets.  What a joy.

So, after perusing the shops and each making a purchase, and enjoying lunch we set off to the wide blue yonder – Eketahuna. 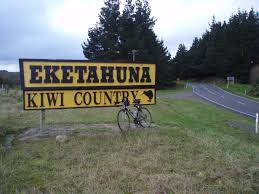 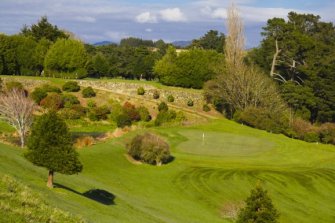 After twisting and turning through the countryside we came across a sign for CWMGLYN, the farm.  As we had prearranged our visit for 2 pm, we arrived on time and after wandering around the farm for a bit found our hosts.  Biddy and her husband Colin initially meant to grow trees on their small block but when Biddy was given a cow several years ago, she decided to milk her and the whole cheesemaking story was begun. 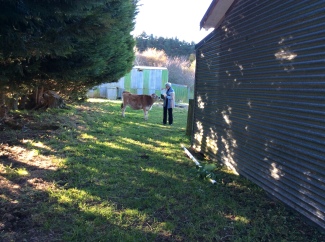 She has only four cows and the one in the photo with this townie is called Nellie.  Nellie decided that I was a friend and she was particularly interested in my iPad.

All cheese produced is named for the cow from whom the milk came and we tasted Nellie’s cheese.  Delicious. 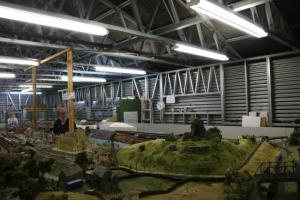 We then went on to look at the husband’s joy – The Middleton Model Railway.  Apparently, this is one of the largest model railways in the country, and what a joy it was.  We spent some time making the trains go but as Colin was otherwise engaged at the time, we didn’t see all of the clever things he can do with his ‘toys’.

So after saying goodbye to Nellie and her friends, and buying some farmhouse cheese we made the way back home.  For me, it was a totally different day and one I enjoyed tremendously.  We are now going to see if there are any other artisan businesses we can visit.

Like Loading...
This entry was posted in Adventures, Uncategorized and tagged adventure, cheesemaker, travel. Bookmark the permalink.

12 responses to “A Day in the Country”