An Apology and Another Favourite

If you read my post from yesterday, you will see that I am ‘chasing my tail’ these days, so much so that reading and writing blogs is suffering.  I do need a few hours sleep each day.

So apologies if I haven’t read your recent posts or made any comments.  Once this week is over, and I am on top of things, I shall diligently read them all.

And now, for no other reason than it has long been a favourite of mine and my children, here is Sir Henry Newbolt’s Vitai Lampada (They Pass on the Torch of Life):

There’s a breathless hush in the Close**tonight
Ten to make and the match to win
A bumping pitch and a blinding light,
An hour to play and the last man in.
And it’s not for the sake of a ribboned coat,
Or the selfish hope of a season’s fame,
But his Captain’s hand on his shoulder smote
‘Play up! play up! and play the game!‘

The sand of the desert is sodden red,
Red with the wreck of a square that broke;
The Gatling‘s jammed and the Colonel dead,
And the regiment blind with dust and smoke.
The river of death has brimmed his banks,
And England’s far, and Honour a name,
But the voice of a schoolboy rallies the ranks:
‘Play up! play up! and play the game!’

This is the word that year by year,
While in her place the School is set,
Every one of her sons must hear,
And none that hears it dare forget.
This they all with a joyful mind
Bear through life like a torch in flame,
And falling fling to the host behind
‘Play up! play up! and play the game!’

*Sir Henry Newbolt (1862-1938)
** The Close in the above poem refers to the college cricket ground of Clifton College in Clifton Bristol.  The Close, played an important role in the history of cricket and witnessed 13 of W G Grace‘s first-class hundreds for Gloucestershire in the County Championship. Grace’s children attended the college.
*** Recite it out loud and hear the rhythm and the imperialism that was rampant when it was written.  Click here to hear the poet reading his own work, recorded in about 1928.
****And this is one of the many poems I learned so very many years ago and still recite often.

If it is new to you, I hope you like it and if you know it, I hope you will enjoy reading, reciting and hearing it again. 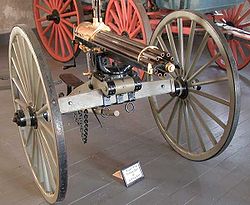