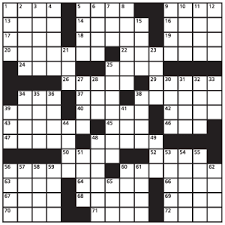 I have played word games, with my father and sisters, since I was young.  My father did crosswords well into his 90s even though he was officially determined as blind.

Words have power. In ancient times spoken words created worlds, creatures, and human beings to educate and amuse their listeners.  Along with drawings this was the way that myths, stories and histories were passed down through the generations.  And still we love words and what they tell us, where they can transport us to  and what they can mean.

I have always been intrigued with words, how they sound and how they look on the page and what they actually mean.  And we know that words even though they sound  the same often have quite different meanings.  Think about :

I know that the spoken word often betrays the area from where the speaker hails – and there is another examples hails and hales. For instance if I say what (concentrating on the wh sound) it will sound quite different to the way in which my NZ educated grandchildren will say it.  And I know you will be able to think of many instances yourself.  In this day of people moving freely around the world, bringing different cultures to play many English words are heard that sound different to our ears.

And many more.  But how clever to be able to design crosswords.  Not only does one have to derive the clues but also to have the letters form into words where the letters intersect and also in the full word.  I wish I were that clever.

The first page I turn to in the newspaper is always the puzzle page.  In our local paper we have 4 crosswords daily – one cryptic (that I never manage to get out) one two-speed that has both regular and cryptic clues, and this is my favourite, one daily which is a regular crossword and another daily that is slightly more difficult.  In addition to these we have a code cracker.  In this we are given one or two of the letters and have to complete the rest of the puzzle using these.  If you don’t have this in your newspaper click the link to see what it is.

So for any cruciverbalist there is plenty to keep us busy and happy.