The name of a man is a numbing blow
from which he never recovers.
Marshall McLuhan 1911 – 1980
Canadian philosopher, educator and scholar

I often wonder at the names people bestow upon their children.  Do they realise that these little ones have to live with that name for ever.  While I do know they can of course, change their name by Deed Poll here in NZ, I don’t know about other parts of the world.  And before giving them their name, do they stop to think where the name came from.

I met a couple who were getting married in Old St Pauls.  They arrived with their infant daughter Samarra.  This name is thought to be derived from the Arabic phrase which roughly translated is “A joy for all to see” but it is also the name of a city in Iraq.

Of course I said all the right things to these doting parents.  However, on hearing this name I immediately thought of the story about Death on the road to  Samarra – do you know it?  It goes like this :

A soldier in ancient Basra in Mesopotamia, who was fearful, went to the king and said to him: “My lord, save me, help me flee from here. I was in the marketplace and I met Death all dressed in black who eyed me with a deadly look.
Lend me your royal steed so I can hasten to Samarra which is far from here. I fear for my life if I stay in the city.”
The king granted his wish. Later the king met Death in the street and said to him: “My soldier was terrified; he told me he met you and you looked at him very strangely.” “Oh no,” Death replied, “my look was only one of astonishment, because I was asking myself how this man would get to Samarra, which is so far from here, because I am waiting for him there tonight.”

Will that little girl ever hear the story of Samarra and the ghost of death. I urge you all to think carefully before naming your new baby. 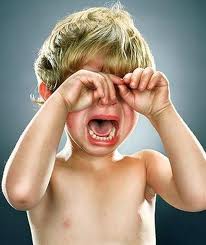 You’re going to call me what?