First off may I have a rant about WordPress?  And may I ask you to look in your spam folder to see if that is where my recent comments have landed.  I sat for a good part of yesterday reading and responding to your posts only to find that they didn’t appear in the comment section of many of them.

Added to this is that I have recently changed my email address so I went in and unsubscribed from all the blogs I follow – 60 plus- only to find the reader and I don’t have to resubscribe (I think).

So once again, bah humbug to WordPress.

You may remember that recently I had fun with Maisie and the hats.  If you missed the posts please click here to find them.  There are four posts making up the series and they follow each other.

So why am I telling you this?  The other day, Sallyann at Photographic Memories posted some pictures among which was one of the back of a taxi with among other things, a bonnet on the back shelf.  Robin from Life in the Bogs commented “Interesting catches. I’m curious about that display too.” To which Sallyann replied “The hats are very old and very sunbleached but I’ve still not thought up a good story about why they are there, maybe Judith can think of one like her friends on the beach ?”

As you know by now, I never miss out on a challenge, so here’s my take on why the hats are there.

Photo thanks to Sallyann at Photographic Memories

Her grandmother was Maisie Benton-Smythe, Countess of Waverley; her mother was Juliet Fortescue (named after her mother’s best friend Juliet Drummond) and she was Caroline Fortescue (more usually called Daisie).  Three generations of women and what did they all have in common?  A love of hats!

Of course, in Maisie’s day hats were de rigueur.  From babyhood, through school days and into adulthood, no self-respecting child or woman would go out without her hat.  By Juliet’s time, hats were compulsory in the nursery days, at school and for some special occasions.  And in Daisie’s day very few women, young or old, wore hats.

So Daisie was the exception that probed the rule.  She had almost as many hats in her wardrobe as shoes.  And she couldn’t resist a sale of hats so she was an avid follower of sales on EBay. 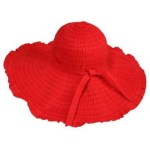 She wore each of her hats regularly as and when the occasion called for a particular one, but her very favourite was her cap.

This she could wear when dashing out to the market in the morning, or when (heaven forbid) she hadn’t washed her hair and suddenly had to leave home to meet somebody.  It was a godsend to Daisie.

Her friends laughed at her “hat fetish” but were quick to ask to borrow one when the occasion arose.

One of Daisie’s favourite people was Maisie.  She loved to go around to her grandmother’s house for tea and a chat.  And invariably the chat turned to hats!  Daisie loved the collection of hats, grand and simple, that Maisie kept in a separate cupboard, each wrapped in tissue and in its own hat box.  As a small child Daisie loved the rustle of the tissue paper after a box was opened and then the surprise at which hat emerged.  Going to Grandmother’s was a special treat then and it still was even though she was a young woman now.

And as is often the case, the connection between grandmother and child grew and strengthened as the child grew older.  Daisie loved to hear tales of Maisie’s younger days and the antics and adventures that she and her chums got up to.  It made Daisie’s life seem very tame.

But then one day, Daisie and her friend Charlotte Farquhar had an equally exciting adventure…..