“There is no need for temples; no need for complicated philosophy. Our own brain is our temple; the philosophy is kindness.”  Dalai Lama, Buddhist leader of Tibet

Today I have been catching up on blogs to which I subscribe and also following some of them to other places.  Random thoughts are rushing around my head and just so that you don’t miss out (ha ha) I thought I would inflict some of them on you.

So you see this brain of mine has been running around in ever decreasing circles today.  Hopefully, tomorrow will be better.  And if tomorrow never comes?

“If ever there is tomorrow when we’re not together there is something you must always remember.
You are braver than you believe; stronger than you seem and smarter than you think.
But the most important thing is, even if we’re apart, I’ll always be with you”.  Winnie the Pooh to Christopher Robin 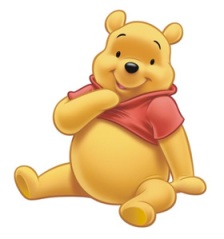