Look What I Found

“What’s for lunch the lady cried:
I feel a vacuum here inside” Anon

Last week when sorting out books etc to go to Mary Potter Hospice for sale in their shop I came across another, not quite so old book – 1966, that has had me in bursts of laughter ever since.

This is a hilarious take against the plethora of large, expensive cookery books that were coming onto the market at the time.  And yes, I do have some but my late husband thought this one would bring us all back to the real world.

The book is roughly separated into the various mealtimes, Le Fifoclock ( which according to Peter Evans is what the French call afternoon tea) and any excuse for food at any other time during the day or night.

He introduces us to the Impossible Person at lunch. 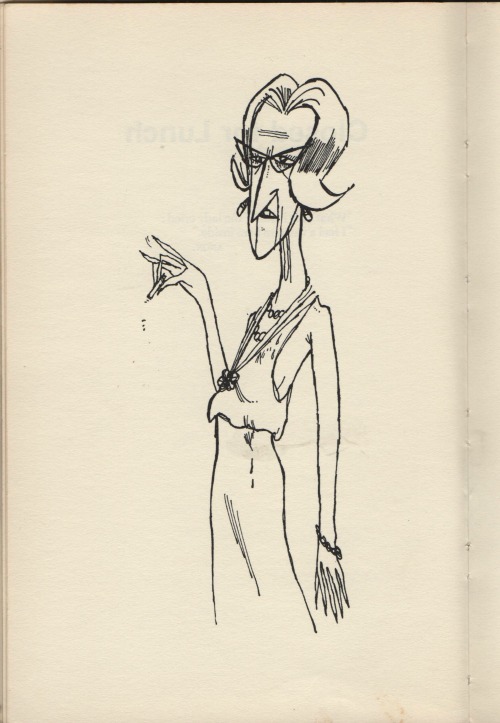 According to the writer “She is so old that there are some who believe she should be preserved for the nation as an Ancient Monument (and others who feel she should have been scheduled for demolition years ago)”.  Did he have me in mind when he penned this description, knowing how I would turn out some 45 years later?

She is portrayed as an archeologist “of great distinction who still rides a camel into the field…”  It is claimed that she has had rows with every eminent archeologist, believing as she does in her own worth and unassailability.  Her manners are appalling; she spills food down her clothes and makes ghastly noises when eating; she considers herself an expert and holds forth on any and every topic, interrupting others ; flicks ash all over the carpet (this was in 1966 remember) and totally discounts any opinion but her own. The perfect guest for lunch.

Oh I do hope that this isn’t how he would see me in the years to come.

We are told that she announces her arrival for lunch by telegram delivered the day before.  What no email or cellphones?  So you could get out of having her to lunch but she would only descend again later.  You may as well get it over with.

Our author further describes her as a glutton and on occasion food has even been known to put her in a good mood – whatever that may mean.  So he decides to feed her Boeuf en Danube saying that his recipe will feed four hungry archeologists.

Put steak, to marinade in  wine, vinegar, seasonings, bay leaf and orange rind for several hours.  Heat bacon and brown onions, carrots and celery in fat.  Remove orange rind from meat.  Add meat to the vegetables and fry for 5 minutes.  Add marinade.  cover the pan and simmer for four hours.  Serve with plain boiled rice in which you have mixed peas and shreds of crisply fried onion.

And here is an up to date recipe that I have tried using a slow cooker, but I think I prefer the original.

Our author suggest this be followed by apricot mousse served with stewed fresh apricots and thin cream.

I think even the impossible person would be happy to sit down to such a meal.

And who would you invite to share the table?  Seven others to make a total of 8;  a good number to seat at a round table.

I went to a marvelous party,
I must say the fun was intense,
We all had to do
What the people we knew
Would be doing a hundred years hence…
From I went to a Marvellous Party,
Sir Noel Coward