And Yet Another Movie

Wellington is a lively place with activities to suit everyone.  It proudly proclaims itself “Absolutely Positively Wellington” and is known as the cultural centre of New Zealand.  Although this  latter is often loudly disputed among other cities in the country.  It has been named “The Coolest Little Capital In the World” by Lonely Planet.

We are currently in the final weekend of the International Film Festival and according to their website “This year’s haul of films direct from Cannes is the Festival’s best and biggest ever. New Zealand audiences will be the first outside Europe to see an overwhelming number of the films that saw this year’s Cannes Festival widely regarded as one of the most dynamic and exciting in years.”

And indeed we have been spoiled for choice over the past few weeks.  I have seen several of the movies and have posted on “The Cave of Forgotten Dreams” a truly amazing and wondrous experience to be allowed to see inside the caves that are not open to the public.

And the third movie I saw this week was entitled”Incendies”. The film opens in Montreal where, following their mother’s death, the twins are set the quest of finding both their father and a brother whom they didn’t even know existed.

At the reading of the will

The daughter embraces the quest and sets out to find her father.  The brother is dismissive of the whole thing and only gets involved when he thinks his sister is in danger.  So this film concentrates on the perspective of Jeanne and Simon, the twins, their place in history and their mother’s story.

The mother also has a quest: to find the son that was taken from her at birth.

To follow out her mother’s dying wish, Jeanne has to retrace her footsteps from a small village in a land that closely resembles Lebanon, to Montreal.  We see this in a series of flashbacks to the mother’s life during the nation’s long and gruesome civil war, then returning to the daughter who  travels in a relatively peaceful and functional 21st-century.  We are shown scenes that shift from hillside villages to cities and refugee camps, from the verdant north of the country to its dusty south.  Those of us who haven’t been in that part of the world know the scenes well from TV Newscasts and movies.

The traumas of the mother’s life are unimaginable to this young woman brought up in the safety of present day Montreal and to some may appear overwhelming.  Indeed, I wondered how this woman could make a new life for herself and her children in Montreal after all that she had suffered. 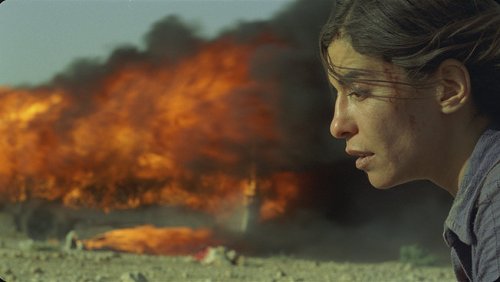 Saved by the Christian faith that she had repudiated

The daughter has only an old passport, a photo and a cross of her mother’s and these are the things she uses to trace her mother’s journey.  She discovers that as a young woman, Nawal (her mother) provoked the violent disapproval of her family after falling in love with a Muslim.  After giving birth to a son,  she fled the village of her birth for the capital. There as a student she becomes an activist, a militant and eventually a political prisoner.

Jeanne after learning some hard truths

It is a fascinating, and at times, harrowing story but one that is well worth telling even if it is not entirely factual or entirely fictional.  If it comes to a cinema near you I urge you to see it.

“Always walk through life as if you have something new to learn and you will.” Vernon Howard, American spiritual teacher, author, and philosopher.  1918 – 1992