“The time has come the walrus said to talk of many things; of shoes – and ships- and sealing wax – of cabbages and kings – and why the sea is boiling hot – and whether pigs have wings.”  Lewis Carroll, Through the Looking Glass

First – Pot Roasts.   Wednesday is my day for my family at Paekakariki some 45 kms north of Wellington.

For all you readers out there the American writer Leon Uris was stationed as a marine in Paekakariki during World War II. He drew on his experiences there when writing his first novel Battle Cry.

So  I pick up my eldest grandson from school and we spend the next few hours socializing until his parents come home.  When he is not being a typical teenager and answering all questions monosyllabically (is this a word?)  he is quite entertaining to be with.  His younger brother is away at boarding school furthering his hopes of becoming a football star.

I make dinner for the family and today I have decided on a pot roast.  This is an old favourite

from my childhood.  And I found this great, really simple, easy recipe.  Apart from the beef, I had everything else on hand so it was a snip.

I used it at the weekend for the other part of the family and it was lauded as a great success. 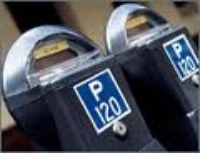 Now I know that there is a reason behind these abominations – other that is than a great revenue source for the local council.  It does allow parking spaces in town to be more available for more people but…why is it that whenever I find a vacant meter I don’t have the change to put into the dashed thing?  At least with the pay and display areas, one can use a credit card to pay.

And yesterday I went into the supermarket and was regaled with a bright display of pomegranates.  This was a really cheerful sight on a winter’s day.

I remember as a child struggling with the seeds.  Do you know that inside a pomegranate there are about 700-800 tightly packed seed casings that are deep red in colour when nicely ripe?

Having bought a couple I was faced with what to do with them.  So I went to YouTube and found a video on how to seed a pomegranate.

And so to potholes.  I don’t know about where you live but we are besieged with potholes on our footpaths.  They can be quite dangerous and I saw a woman twist her ankle in one a short time ago.

When my number three grandson was a baby and I was carrying him, I tripped on a pothole and yes, dropped the child.  Fortunately, and I guess subconsciously/unconsciously, I cradled his head as he fell.  He was totally unscathed as confirmed by the doctor but Granma was another story.

And many moons ago, when I still jogged, I was out one day and fell down a pothole.  A passing motorist picked me up and took me home.  My daughter always tells the story with the punchline that “it’s one way to get a man’s attention”.

So the point of this is that today we have a gang of men in our road filling in the potholes.  Somebody must have complained to the Council.  They are good at responding to complaints so thanks to whoever it was that called them.

And to continue the “P” theme – here’s a posy to brighten your day whether it is spring or winter where you are.  I just couldn’t resist these tulips yesterday in the supermarket.  they are obviously produced in a hot-house (it’s too cold outside here now) but they reminded me of spring and so I had to have them.

“Every winter, When the great sun has turned his face away,
The earth goes down into a vale of grief, And fasts, and weeps,
and shrouds herself in sables, Leaving her wedding-garlands to decay –
Then leaps in spring to his returning kisses.”
– Charles Kingsley, 1819 – 1875, English priest of the Church of England, university professor, historian and novelist.