Love is in the air

A bride from my Wedding Coordinator Days

So much has been written already on the subject of the Royal Wedding but I wanted to add a few thoughts from this side of the world.  There are many Royalists in New Zealand, and probably as many anti-Royalists.  But it is amazing how many people watched the spectacle on Friday.

All the magazines, newspapers, radio and TV stations were full of The wedding.  And it is still the main topic of conversation among sentimental New Zealanders.

We are told that Kiwis (New Zealanders)  were so inspired by the love story of Prince William and new wife Catherine that they went in search of their own Prince or Princess.

The dating website Find Someone has recorded a 60% increase in people on the site, with a large number of users messaging other singles.

And yesterday while having lunch I eavesdropped on the people nearby.

And that’s my take on the Wedding of the Decade.  And my favorite wedding quote from an unknown author –

“I dreamed of a wedding of elaborate elegance,
A church filled with family and friends.
I asked him what kind of a wedding he wished for,
He said one that would make me his wife.” 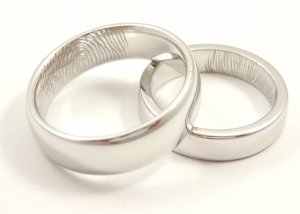