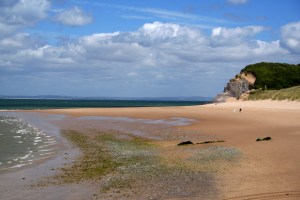 ‘Is there anybody there?’ said the Traveller,
Knocking on the moonlit door;
And his horse in the silence champ’d the grasses
Of the forest’s ferny floor:
And a bird flew up out of the turret,
Above the Traveller’s head:
And he smote upon the door again a second time;
‘Is there anybody there?’ he said.
From ‘The Listeners”. Walter de la Mare,
1873 – 1956) English poet, short story writer and novelist.

Sometimes when I start my daily blog I wonder whether in fact there is anybody out there interested in the ramblings of an elderly English woman.  And then I look at the number of visitors to my site and the number of hits and tell myself these can’t be all family and friends.

So a big thank you to whoever is reading my blogs.

And sometimes when I sit down to write the blog I am confronted by a blank screen (the writer’s equivalent to a blank page in the typewriter) and try to think what I will share with you today.

So today building on the theme is anybody out there I picked the quotation from The Listeners.  From a very young age, I have loved Walter de la Mare’s poetry and still have a prized copy of ‘Come Hither” first published in 1957 and have spent many rainy afternoons stuck in the pages of this book.

When I was growing up poems were meant to have rhymes, stanzas/verses and meter.  I am reading much newer poets these days and a new favourite is James Rainsford.  Now for today’s post…

It is autumn here and the sun is shining brightly today.  In New Zealand, we are energy conscious and many people dry their laundry on clotheslines outside.  So today I can see my neighbour’s washing dancing on the line.

And when I look at the washing dancing in the notorious Wellington wind I think back to when my children were small and I too had lines of their washing out in the sun.

And then I started the memory lane trip once again.  I seem to be doing this a lot recently.  I thought about school days and how different they were for my children in three different parts of the world.  In Scotland they were very young, my daughter was in the first two years of primary school and my son only attended nursery/preschool.  They both started preschool at 3.

My daughter was 7 when we moved to Auckland, NZ and she attended the local primary school for a term before transferring to a school situated on the beach.

The beach at Takapuna

Our house was on the beach and she used to walk to school along the beach, dressed in her school uniform, satchel on her back and shoes in her hand.  So different from Glasgow.

At 5 my son went to school in town and so had a bus ride to a school founded on the Scottish education system by a Presbyterian minister.  Some unnecessary information for you here – St Kentigern (or St Mungo) is the patron saint of Glasgow hence the name of the school – St Kentigern Primary.  He missed out on the walk along the beach but not the uniform or the satchel.

Then to Montreal where they both attended the same school.  I learned recently that the school was closed in 2006.  Here they learned to brave the winters and play winter sports.  In class, they learned more French but according to French friends I made while living in Montreal it was not true French and in fact, I often had to translate for a French friend from Paris.

Then back to New Zealand.  The children picked up where they had left off and all was stable for about a year and then we moved to Wellington.  So two new schools for the children.

But all this chopping and changing didn’t seem to affect them very much.  The grew up to be two well rounded, caring people as I have said many times before.

So on to today – Now occasionally I hang my grandchildren’s washing on the line.  Lines and lines of socks, underwear, shirts, pants etc.  Do they have more clothes these days or do they just leave them in a pile until their mother (or grandmother) lifts them and puts them in the wash?  Then when they are dried, the clothes are ironed or folded and put away to be worn again, discarded after wearing and eventually washed again.

“Have you ever taken anything out of the clothes basket because
it had become, relatively, the cleaner thing?” –
Katherine Whitehorn, 1928,  British journalist, writer, and columnist